This one is a bit of a revelation... have never spotted this before, but while scanning the Laurie Anderson interview I was thumbing through Electronics & Music Maker magazine and came across an interesting letter on the letter's page. The letter was from Dr P J Comerford of the University of Bradford, UK, about an additive synth they developed called the Bradford Musical Instrument Simulator (BMIS), which can synthesize waveforms with up to 255 harmonics and have up to 512 waveform generators!


The letter was written in response to the Patrick Mimram additive synth article detailing the University of Bradford's synth, and I've scanned the letter and included it in this post below. Naturally this aroused my curiosity so I did a web search and discovered that the BMIS system is still being developed. It is now called Bradford Enhanced Synthesis Technology (BEST) and you can go to their website and check out the details. I'll quote a few parts here :


Principal technological features of BEST are:


Also from the University of Bradford website are some notes on where the system started from :


"The Bradford Musical Instrument Simulator (BMIS) pioneered the use of digital real-time additive synthesis for research and for commercial electronic musical instruments. In the Simulator's role as an organ, the flexibility offered by additive synthesis made it possible to adapt the sound of the instrument to the requirements of the building in which it was located and to the detailed requirements of its purchasers. This "voicability" is a guiding principle of all Bradford technology design."

Its available from the University of Michigan as a pdf here, and contains two block diagrams of the BMIS system, which I've cropped from the pdf and reproduced here : 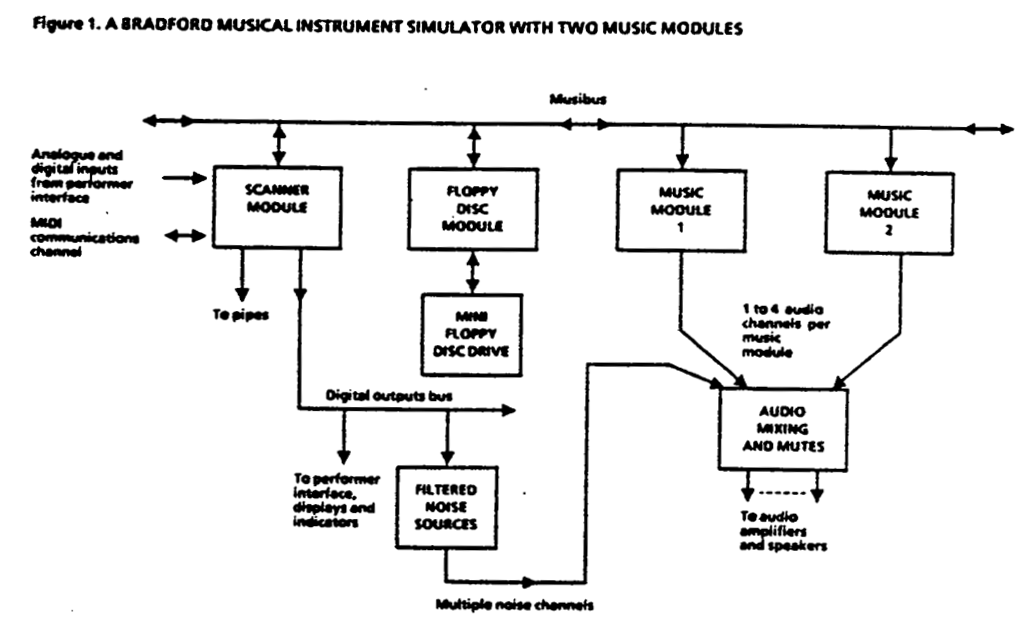 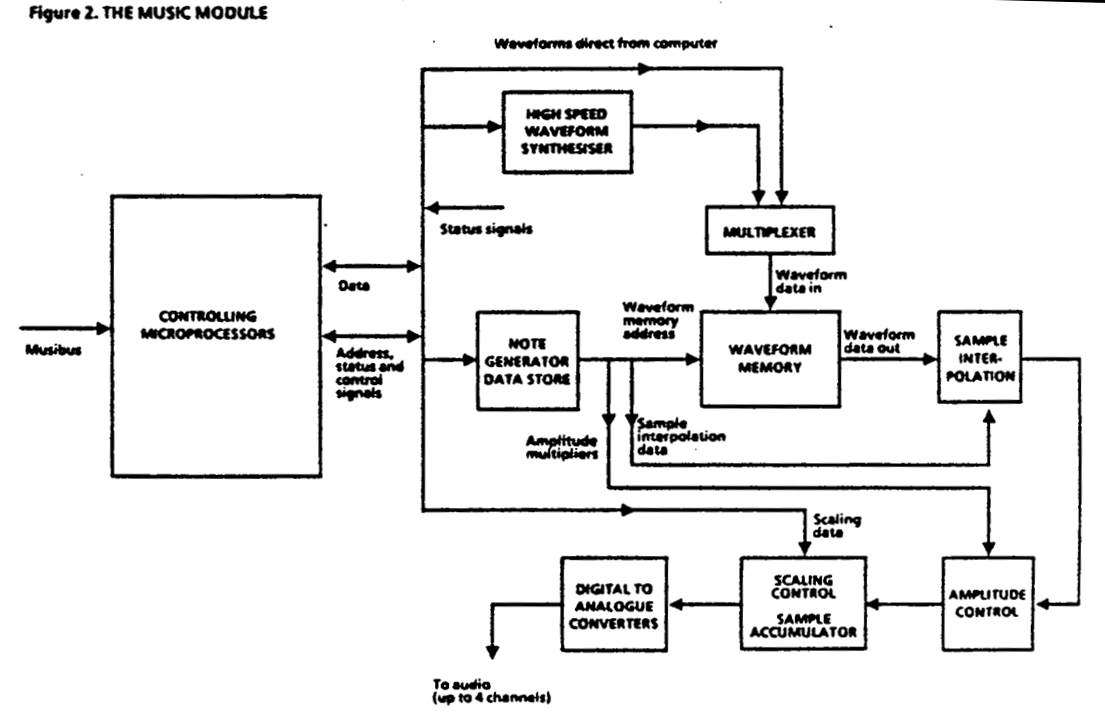 Below is Dr P J Comerford's letter scanned from my copy of Electronics & Music Maker, Feb 1985.