Some close up pictures of the Hinton Music Lab modular ML1812 Sequence Generator. The ML1812 was built by Graham Hinton back in the mid 70's using wire wrapping! This module also has a logic buss at the rear for the 8 sequence bits, which I can interface directly to my MANIAC & Arthur prototype systems. This makes them particularly handy for being modulated by Cellular Automata logic patterns. 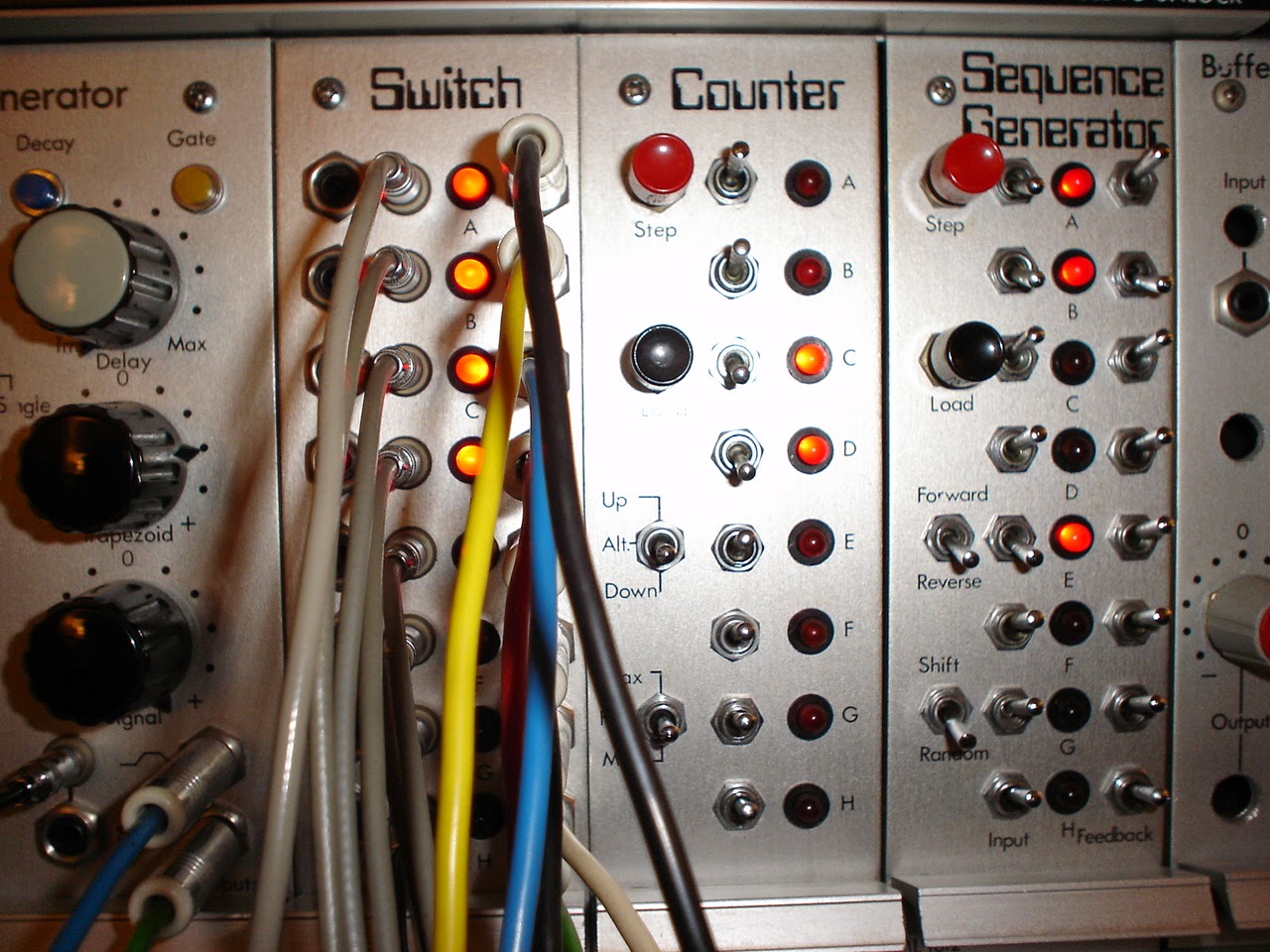 Here are some example recordings of the Hinton Music Lab in action :

As well as being a standard sequence style generator, this module also incorporates a linear feedback shift register enabling it to produce various different cyclic and pseudo-random patterns. This was a pretty advanced feature for a 1970s modular! The ML1812 has a number of front panel controls for manual step, pattern load, pattern input, feedback taps, forward/reverse, shift/random, as well a number of rear panel connections as seen in the last picture. 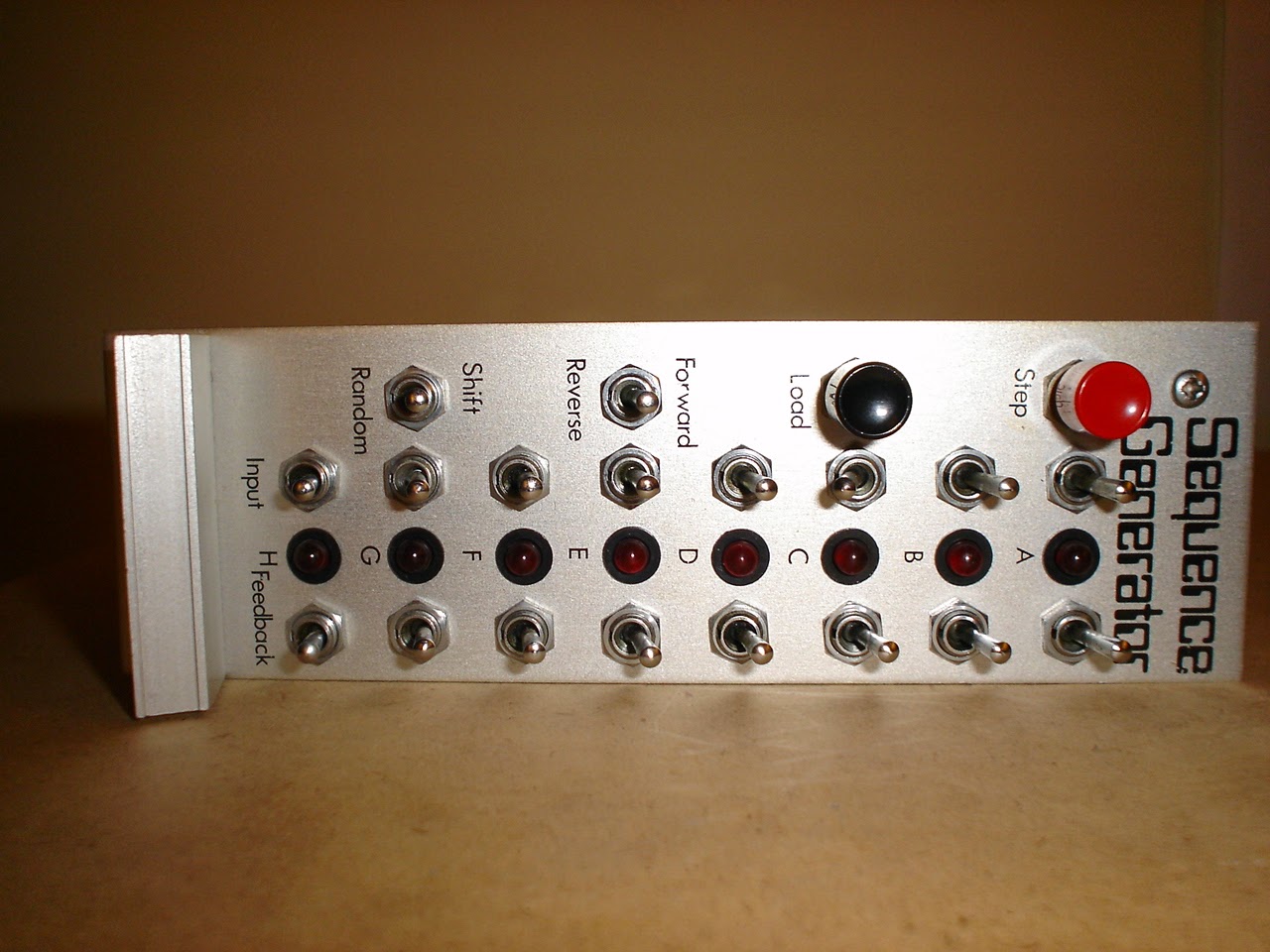 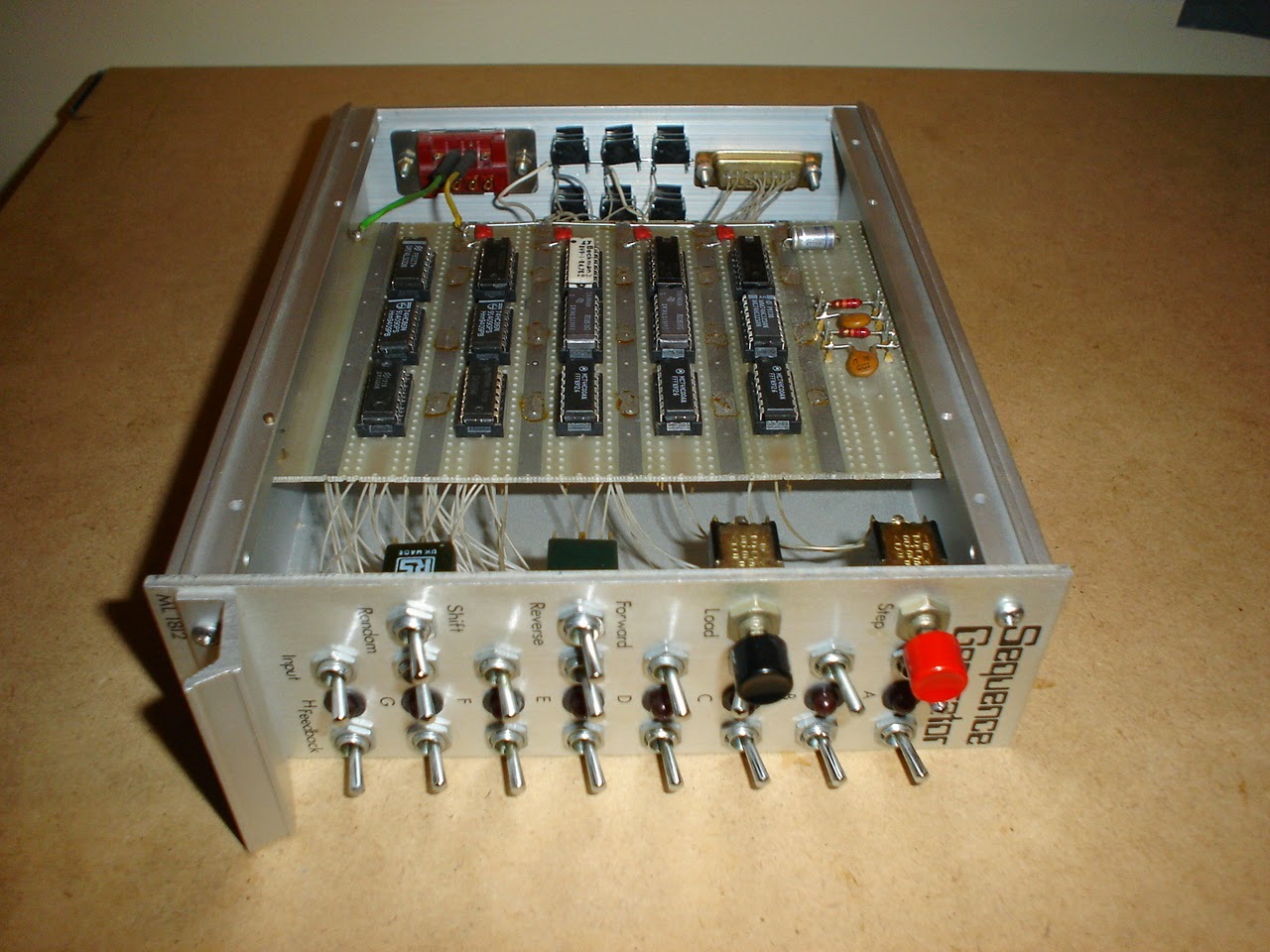 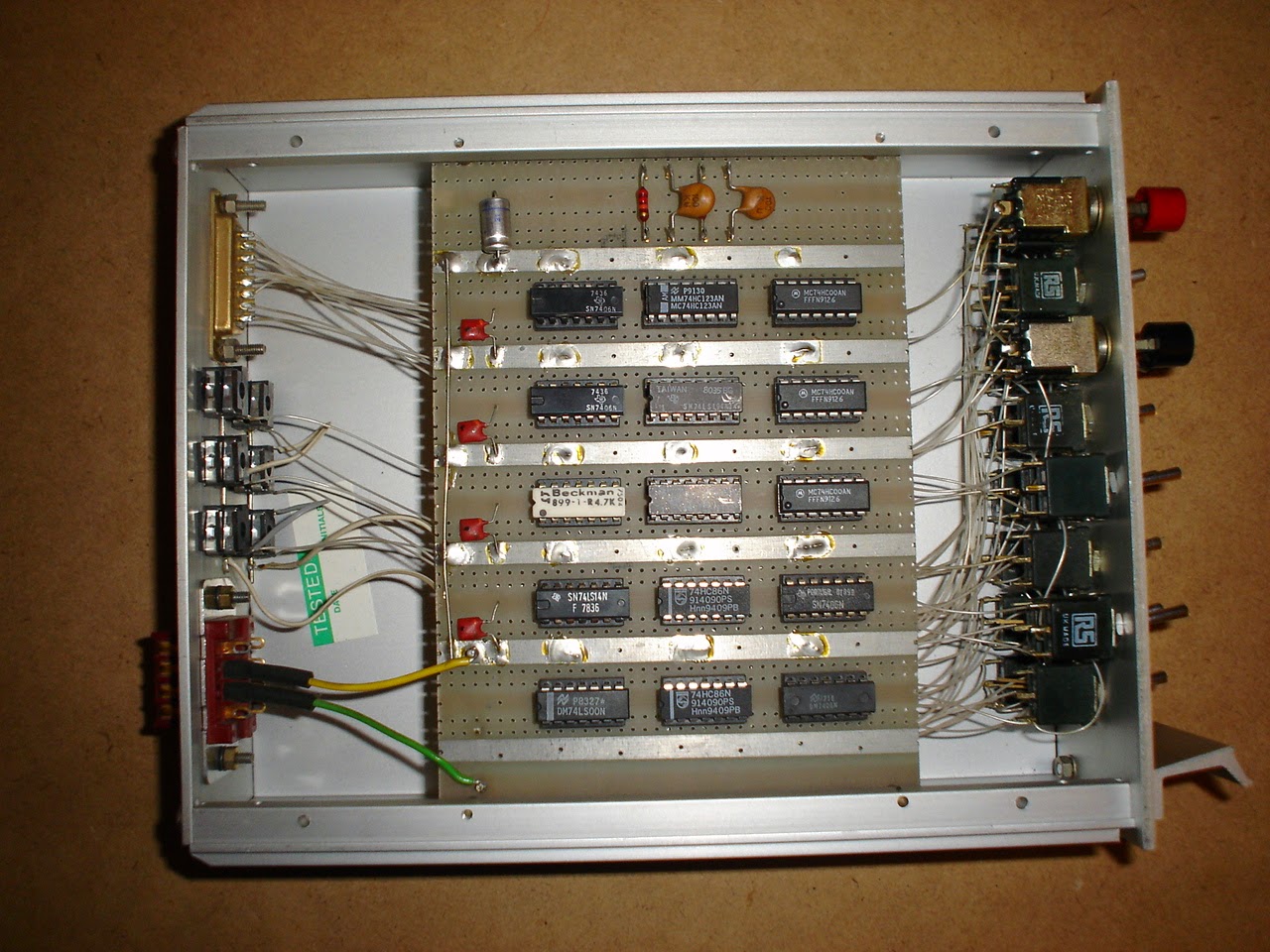 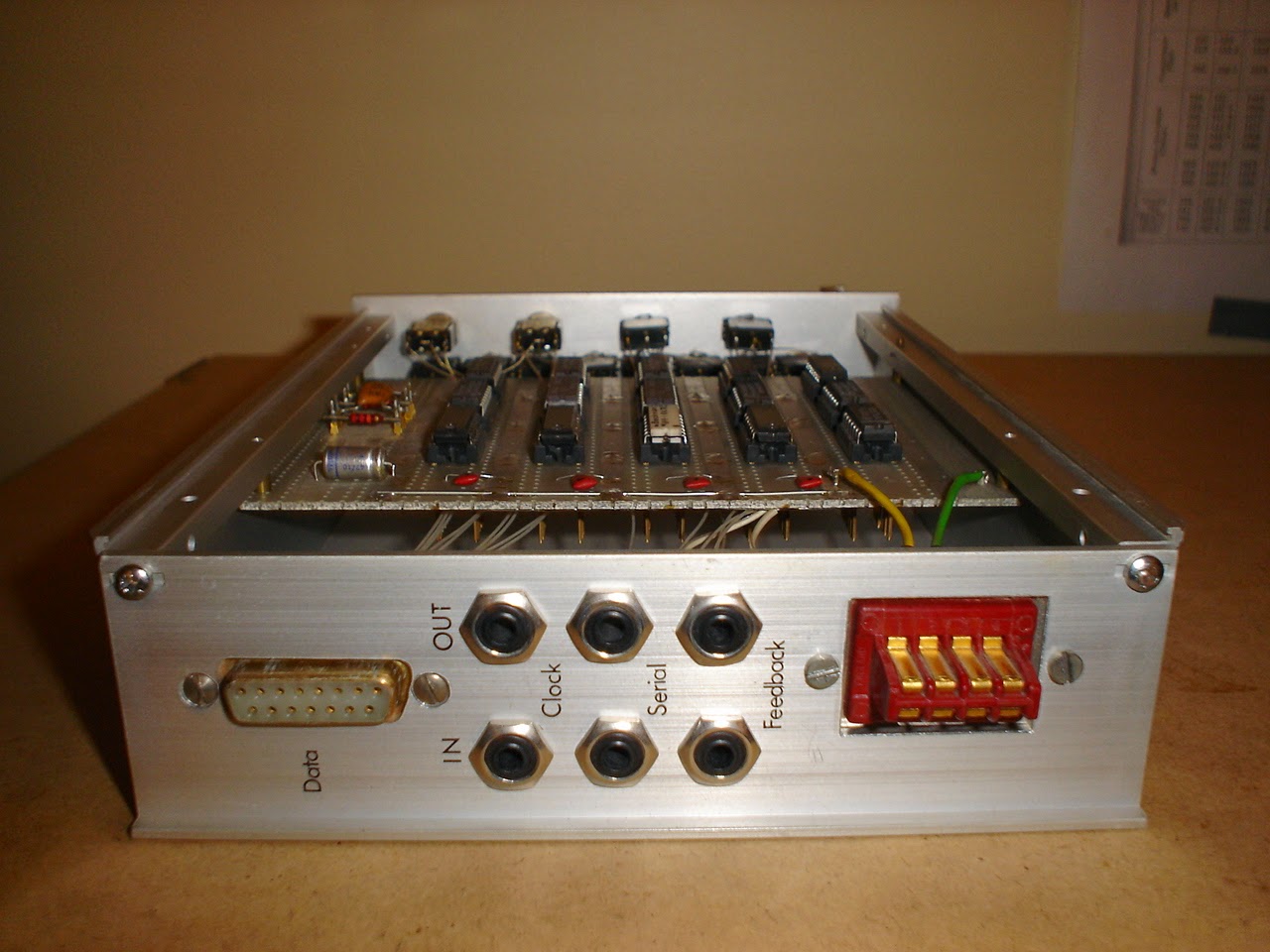