Some close up pictures of the Hinton Music Lab modular's ML1302 Trapezoid EG. This module also has a series of logic outs for the different stages of the EG cycle. Module includes audio in/out which is level controlled internally by the EG. Controls : Attack Time, On Time, Decay Time, Delay Time, Trapezoid +/-, Signal +/-, Switch (Gated, Cycle, Single), Manual Gate Switch.  The inputs are duplicated to nuclear physics spec Lemo connectors which connect to the virtual earth inputs on the module, allowing input signals to be summed directly on the Pin Matrix module. The ML1320 was built by Graham Hinton back in the mid 70's using wire wrapping! 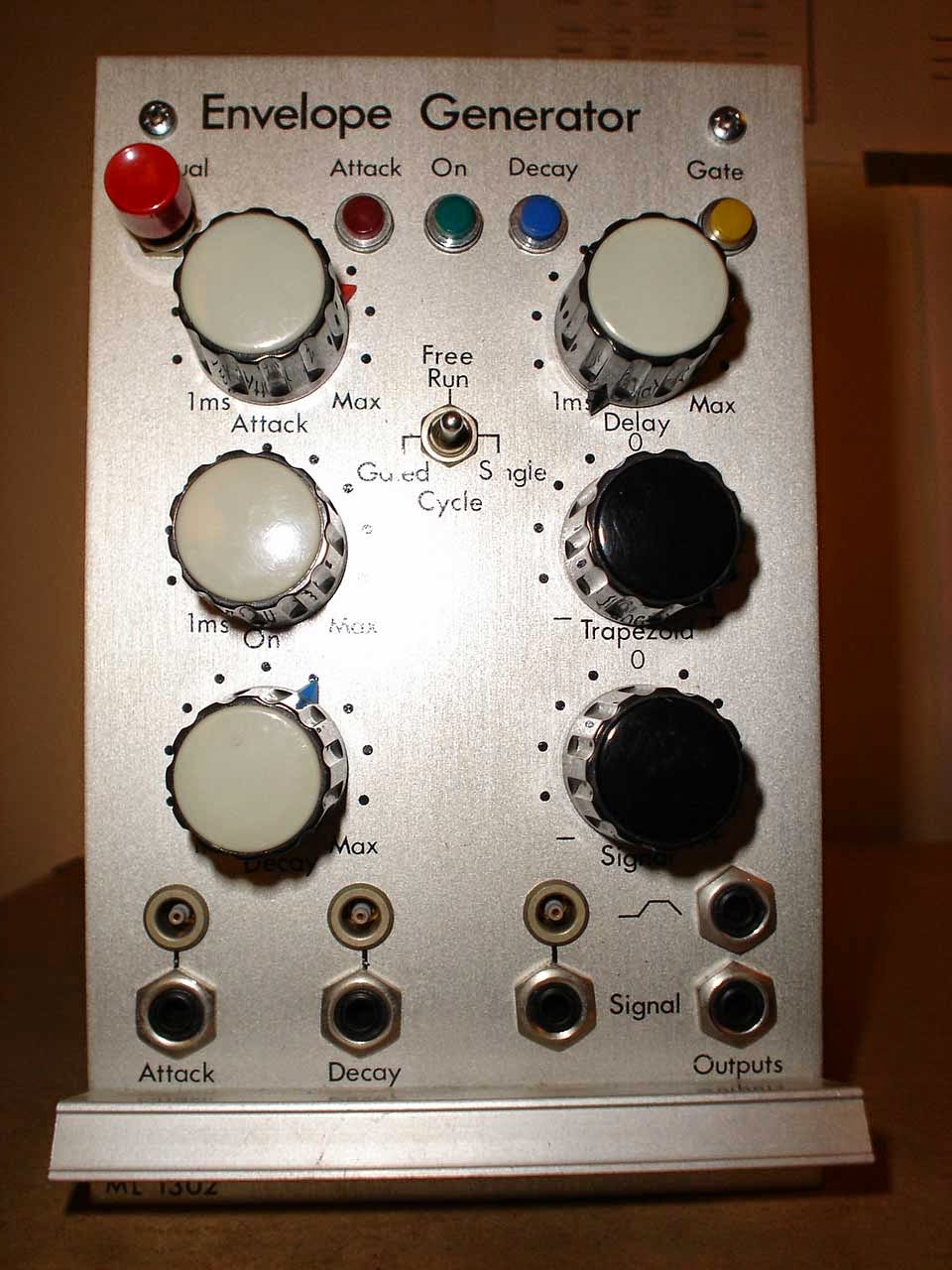 Here is an example (recorded March 2013) of this module setup with Hinton ML VCO's (more on these in a future post), the ML1890 switch and the ML Pin Matrix module :


Here are some more example recordings of the Hinton Music Lab in action : 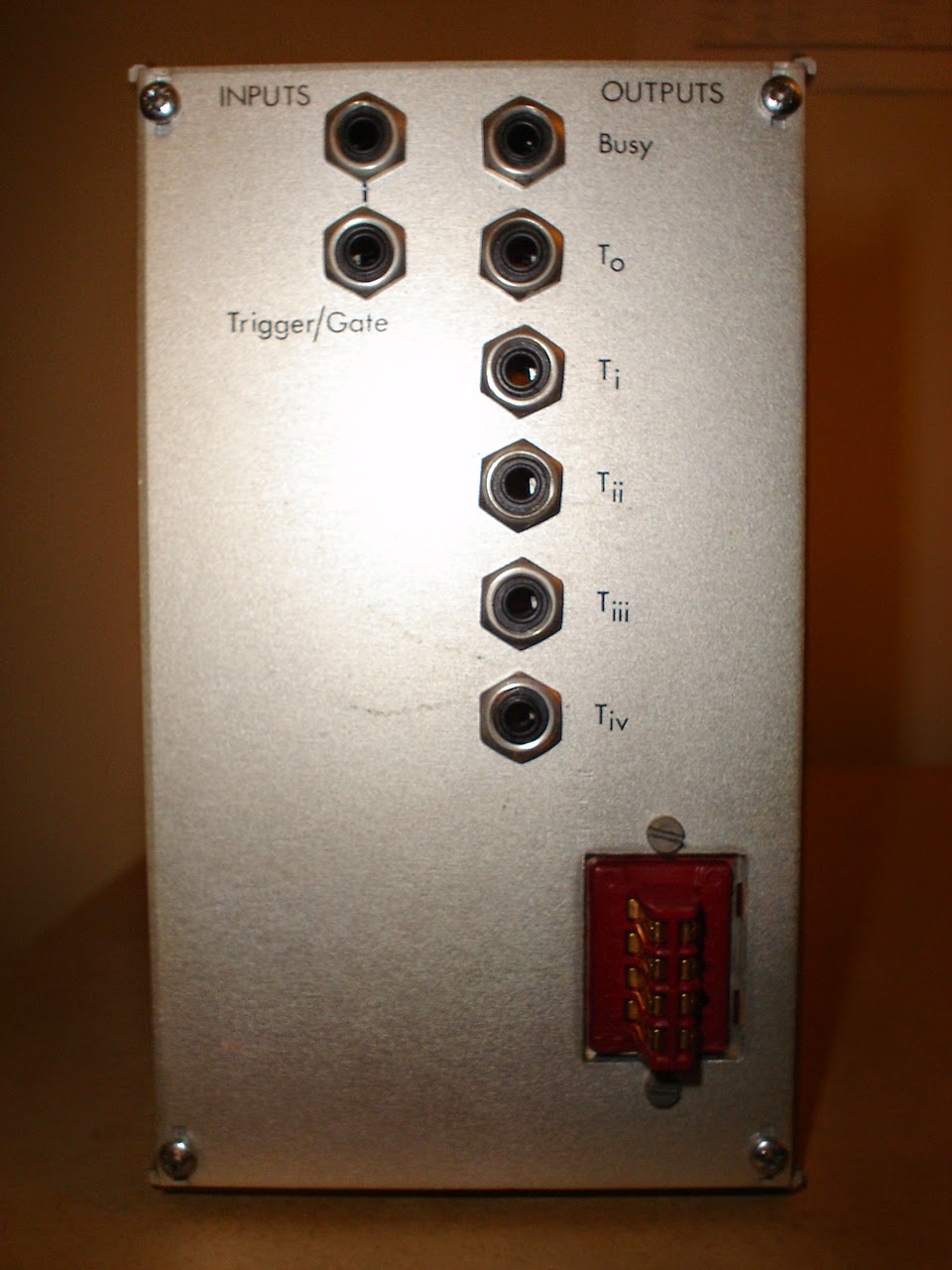 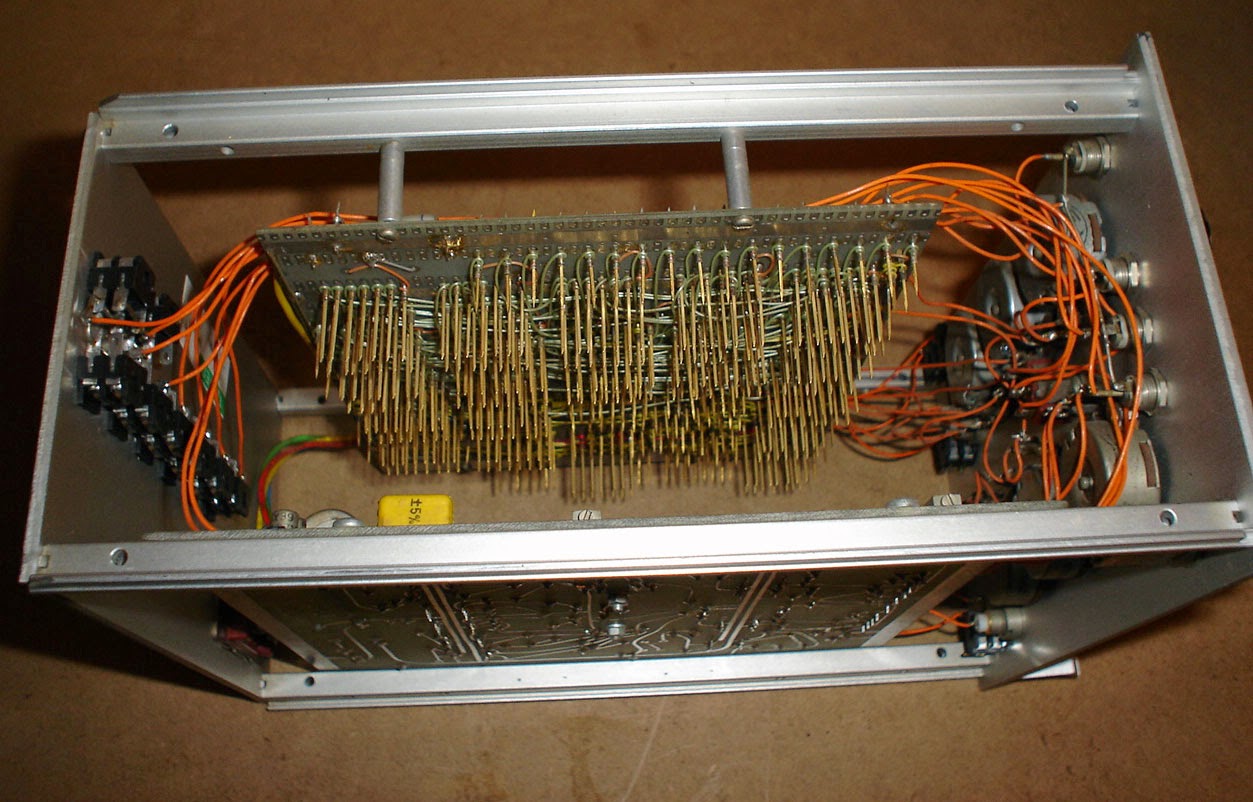 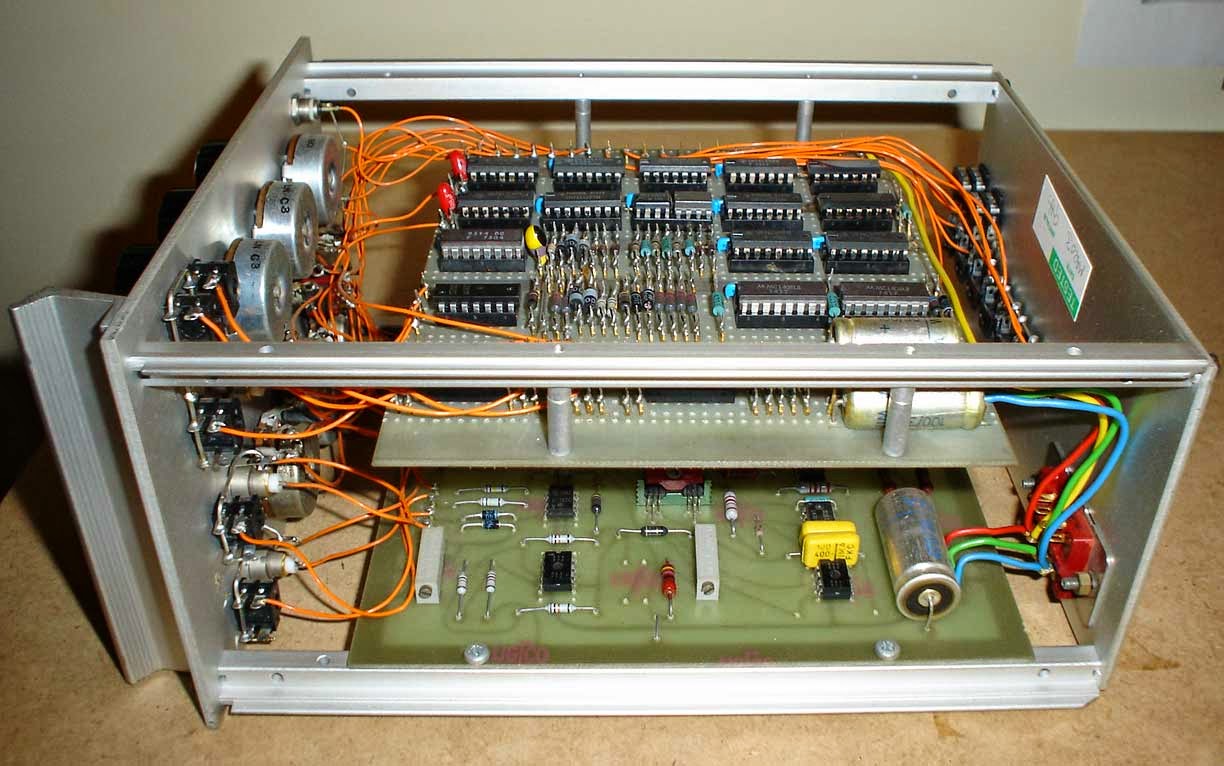 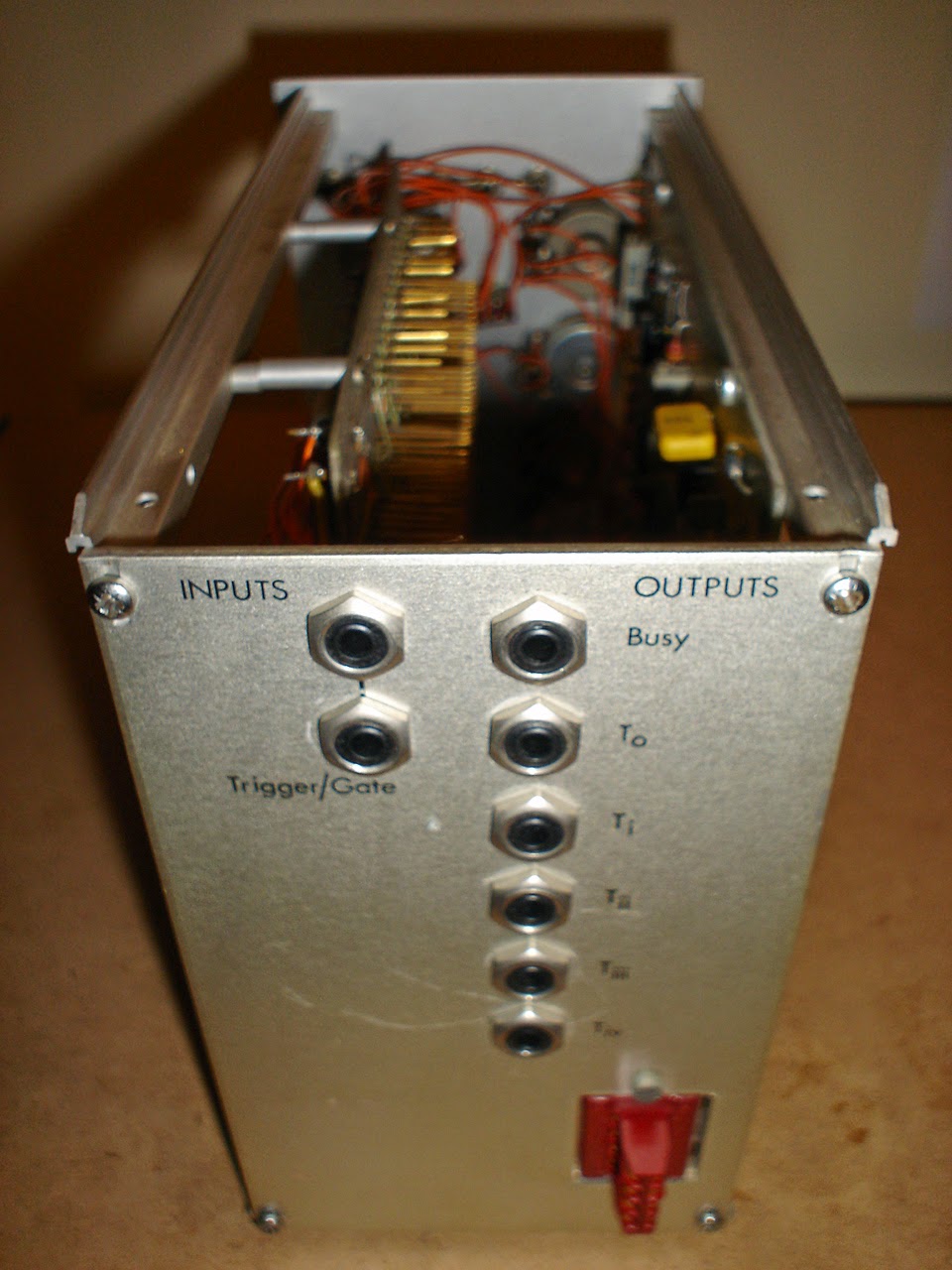 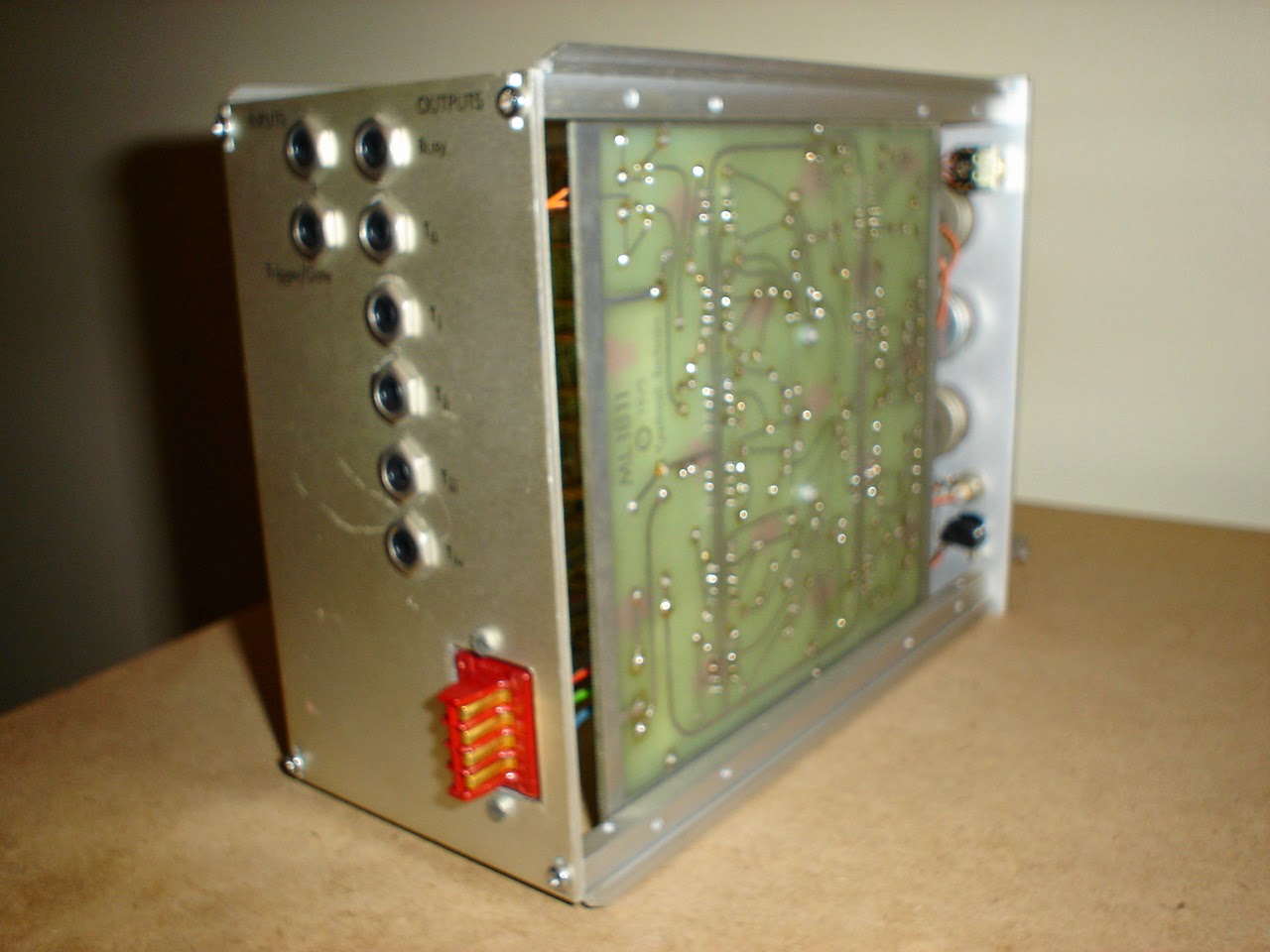