Lab Maytey AKA The Deadly Oscillator

This piece of gear, Lab Mate, is a real mystery. A friend gave it to me a few years back, but I have not yet been able to find any info about it. The case is a kind of cut aluminium, lots of sharp edges, so I nick named it The Deadly Oscillator, sometimes Lab Maytey. If anyone knows the back story to this piece of clobber please get in touch. It has a variable PSU, built in amplifier and speaker that rattles like all hell, and a fruity oscillator with a weird looking circuit under the hood.

I dug out some pix and a vid from Jan 2010. The recordings I made back then I'm editing for a track at the moment, for the upcoming Automata 52 album. Setup was oscillator, into some analogue computer opamp modules with precision 10 turn pots, a bannana plug board analogue computer circuit prototyper and a big decade resistance box. The circuit was a rather serendipitous experiment, which had some sort of lag processor / low pass filter element to it which meant that adjusting the pots would give a delayed control effect.


In the other two videos, there was an additional element in the form of a top secret classified ex-cryptography lab maximal length linear feedback shift register (LFSR). This object I am trying to record as much of before it packs up, as some of the chips are unknowable. 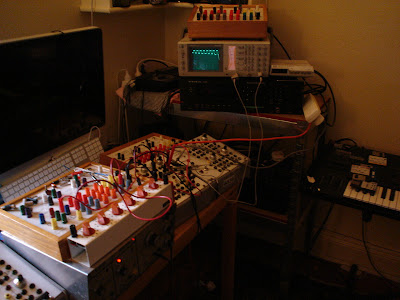 One of the waveform traces it kicked out, now thats a sawtooth, ouch!

Below, are a bunch of views of it showing the internal gubbins, case and front panel. 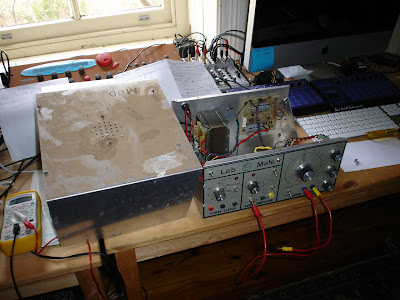 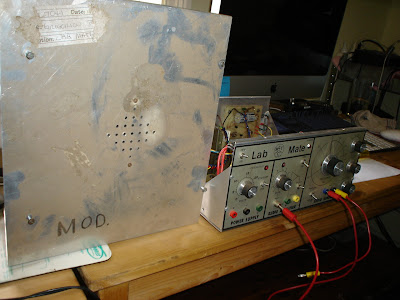 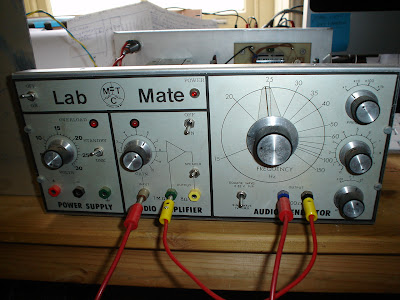 The circuit is intriguing as there is a small 2 legged tube element on the oscillator board, as well as a bunch of transistors. This may be a thermistor, but I have not yet delved further into finding out... 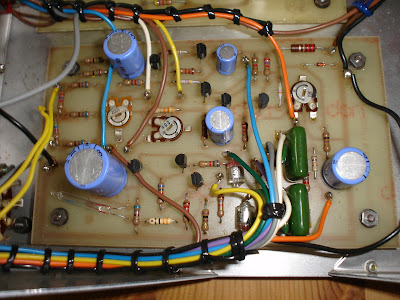 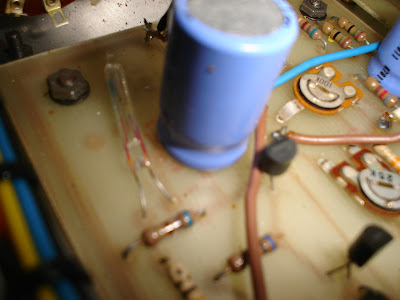 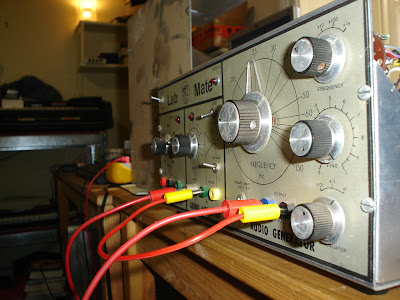 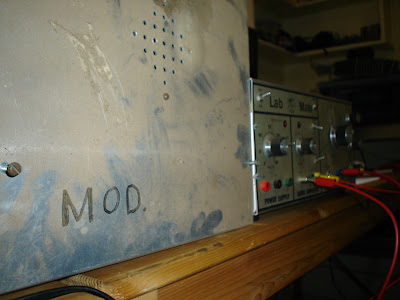 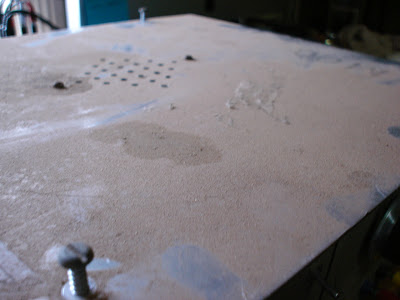 As you can see, its got lots of authentic Australian DIRT all over it. It spent the best part of the last 10 years or so on someones back verandah, which means dust storms and all manner of inclement weather activity. This not only adds to the character visually, but gives my hands a smell that only rural Australians would truly appreciate. To clean this muck off would surely be an electronic crime. 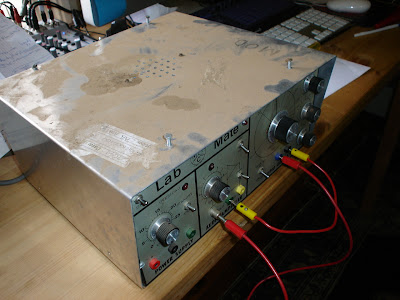 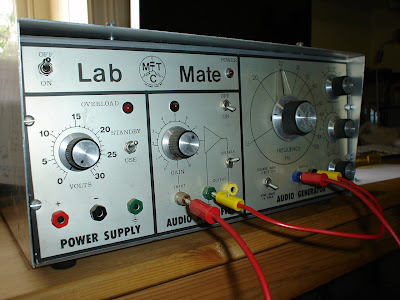